This is what the problem looks like, is totally unacceptable and one way or another, I had to make it go away, somehow.

Canson BKF Rives 310gsm paper loaded into Canon iPF8400 printer, showing pinch roller marks. This is equivalent to the worst-case scenario with my first iPF8400 if the paper was passed under the rollers about 5 times or more. For some reason, my documentation from seven years ago was lost, so I had to re-create equivalent roller pressure on the paper. Illumination is indirect sunlight from the balcony to the right, somewhat diffused but sufficient to notice the problem. The dents running vertically down the paper correspond perfectly to the roller positions. Note the grey lever mechanism in the lower right, which the user manually operates to raise and lower the pinch rollers (the little grey cylinders about 13mm wide running horizontally on the far side of the visible portion of the paper).

Do not be mistaken that this problem is isolated to only Canon imagePROGRAF iPF8400 printers or due to the fact that they were no longer made in Japan. Apparently, there were quality issues when Canon shifted manufacturing to China, but those are unrelated. I now know the problem had already existed on older, made-in-Japan printers, and also on other printers from all of the Big Three (Canon, Epson & HP).

Canon Japan eventually made an official statement via the Southeast Asia regional headquarters to me that any printer using rollers to feed paper will definitely leave marks from said rollers, which will inevitably be more obvious for softer papers, and they do not consider it a machine defect. Read: they cannot do anything at all to help you. Don’t expect any different from the other Big Threes. There have been tens of thousands of online exchanges for well over a decade that perfectly demonstrate this point. Open a case with them at the risk of your sanity.

The iPF8400 shares the same pinch roller mechanism (identical replacement part number specification; it is identical) as all iPF 8xx0 and iPF9xx0 printers, dating back over a decade and half of this platform. The new Canon imagePROGRAF PRO-2000/2100 and 4000/4100 printers share a similar though not identical pinch roller design and are potentially vulnerable to the same flaw. I’ve not heard of any complaints, but then I didn’t either at the time of purchase for my iPF8100 and iPF8400 which I both owned and operated for several years. Watch out.

Your Cameras and Lenses are Crooked and How to Adjust Them 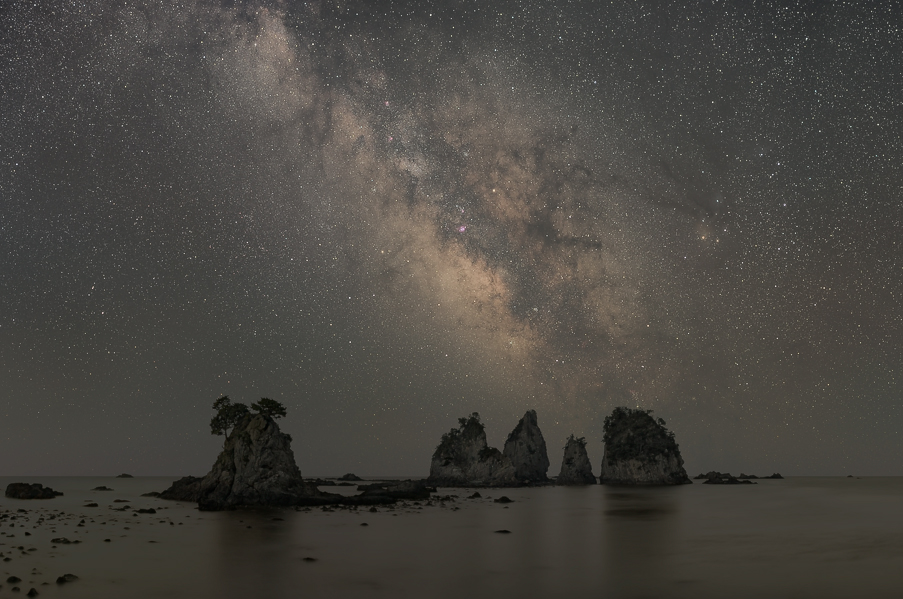 Silver River Shimmers, 2017
Photograph notes: This image is a composite of 4 vertical frames stitched for the sky and another 4 vertical frames stitched for the land for a total of 93.8 million pixels, using a Sony a7R II at ISO 800 and Canon EF 35mm f/1.4L II USM. Each of the sky frames was stacked and averaged from nine 32-second exposures at f/2.8. The land frames were stacked and averaged from four 32-second exposures at f/4 made 23 mins later at predawn to avoid shadows from the sun. 52 exposures were used in all. The sky exposures were tracked with a Sky-Watcher Star Adventurer.

In December 2017, it was first suggested to me by my friend and esteemed colleague, Joseph Holmes, that my Sony α7R II’s (or more commonly written as a7R II) sensor might be crooked relative to its bayonet mount. Don’t laugh yet, it’s not a problem exclusive to Sony. I had previously known about the same problem with digital medium format backs from precisely the same person, who put out two extensive articles on the topic over a decade ago, here and here. Neither of us wanted to believe this initially. One would certainly like to assume that 35mm format camera manufacturers, making single-unit camera bodies rather than modular system digital backs, could hold the sensors to tight enough tolerances with today’s technology. Alas, we discovered that it was not quite good enough for what we wanted from our cameras.

A diffuse and complex story unfurls, necessary for the explanation of small details in great detail. For anyone wanting the very best out of their powerful, modern, wide-aperture, breathtakingly-sharp lenses, on equally modern, high-resolution (read: highly revealing of alignment errors) digital cameras, photographing the most optically demanding subject matter in the known universe – the starry night sky – you will want to sit up and pay attention. It’s entirely fine if one does not care about subtle differences between what’s in-focus and out-of-focus. I would not soon be forgetting how many failed to appreciate the camera-shake induced blurring from the original Sony a7R violent shutter mechanism. If one only wants photos displayed no larger than Instagram thumbnails, none of this is pertinent and you should stop reading now. Alright then, some good news! We have fortunately found reasonable solutions to the worst problems. I share them below freely.